The Distinguished Alumni Awards Banquet is held the Friday of Homecoming Weekend, October 14, and it will recognize the 2022 award recipients.
Registration Closed 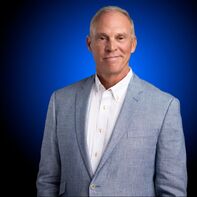 Craig Bouslough was born and raised in Roaring Spring and he graduated from Central High School in Martinsburg. He attended Slippery Rock University on a football scholarship, and he lettered four years and was named captain of the 1984 team. He graduated from The Rock with a Bachelor of Science in health science and later returned to SRU to get his master’s in physical therapy in 1991.

Following graduation, Bouslough became a partner in Blair Physical Therapy, a private practice in Altoona. He later sold that business to Joyner Sports Medicine and he became JSM’s director of operations, helping to grow that business to 23 clinics. In 2002, he co-founded Drayer Physical Therapy, serving in the role of chief operating officer. Bouslough and his team grew the business into 190 outpatient PT clinics in 16 states, making it one of the top 10 privately held PT companies in the country. Following partnerships with Linden Capital and Goldman Sachs, the company merged with Revelstoke Capital in 2018, and Bouslough served as the chief development officer for more than 700 clinics in the U.S. Bouslough played a key role in cultural and leadership development in his businesses, helping to build two schools and open several clinics in Haiti and Jamaica.

Bouslough has been active as an alumnus at SRU, serving on the National Championship Committee for football and recently helping to develop and fund the Sports Nutrition and Recovery Center at the Mihalik-Thompson Stadium. This program helps provide necessary nutrition and food supplements to athletes and is one of the few offerings among NCAA Division II teams in the country.
Bouslough currently is retired and lives in Hershey with his wife, Holly. He has three children, Jake, Payton and Jackson. Jackson is a current quarterback on The Rock football team. 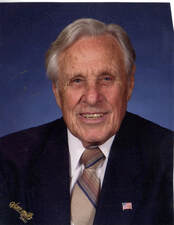 Growing up a stone’s throw from Old Main, Edwin Cottrell is a native son of Slippery Rock. Cottrell enrolled at Slippery Rock University in 1939 and during his undergraduate career was an outstanding athlete for the SRU football, basketball, tennis and club baseball teams, while pursuing a degree in physical education. Cottrell went on to be a three-year letter-winner for the football, basketball and tennis teams, while also being named captain of the tennis team in 1942. Following graduation from The Rock, Cottrell played semi-pro baseball and football in the Pittsburgh area. His legacy in athletics led him to be inducted in the SRU Athletic Hall of Fame in 2003.

In 1942, Cottrell enlisted in the U.S. Army Air Corps and entered active duty following his graduation from SRU in 1943. Cottrell served in the Army Air Corps until 1945. After graduating flight school in 1944 as a pilot, Cottrell went on to become a fighter pilot of the 48th Fighter Group, European Theatre of Operations, and flew 65 missions over Germany during World War II. Cottrell is a decorated veteran, having earned the European Theatre Combat Medal, Air medal with eight clusters, Belgium Service Medal, and France Service Medal. Cottrell was a member of the Air Force Reserves from 1952-77.

After his time in the service, Cottrell became a teacher and coach while also furthering his education. He taught at Beaver High School, Neville Island School and West Chester University. Cottrell earned a Master of Education from the University of Pittsburgh and his doctorate in physical education from Penn State University. In 1955, he joined the faculty at West Chester. Cottrell served as a professor and associate dean of the health and physical education school, while also serving as coach on the tennis, swimming, football, baseball and golf teams. He is currently a professor emeritus at West Chester. He was named Outstanding Physical Educator in Pennsylvania by PSAHPER, was a member of the National Golf Coaches' Associate, and an educational consultant for the National Golf Foundation. He was also on the staff of the Duke University Junior Golf Camp and served as chair of the Concord Country Club Golf Committee where he was the club champion.

His impact on physical education and sport has been recognized by a variety of national and international organizations. Cottrell was inducted into the Golf Coaches of America Hall of Fame in 1991, received the Don Rossi Award from the Japan Society of Golf Science in 1993, and was an educational consultant for the National Golf Foundation (1974-93) and National Golf Foundation, Far East (1990-94). He also served as tournament director of the Collegiate Players Tour from 1994-98.

A lifelong member of the SRU Alumni Association, Cottrell and his late wife, Millie (Weed), ’43, have been the definition of Rock Pride for nearly 80 years, frequently returning to campus, maintaining close contact with classmates and supporting a variety of University initiatives. Cottrell currently resides in Hendersonville, North Carolina. 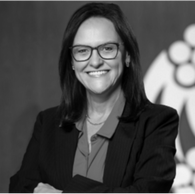 Rebecca Smith Cranford ’94
Becky Cranford is Southwire’s senior vice president of manufacturing. She sets the strategic direction for 13 manufacturing locations and the 2,600 people who produce a wide range of copper and aluminum wire and cable products. Southwire’s products are sold into markets that include utility, renewable energy, transit, automotive and electrical vehicle, data center and factory automation. Since assuming this role in early 2017, Cranford has been focused on developing organizational capability, standardizing manufacturing and support systems and building operational excellence tool kits that help employees solve problems and innovate manufacturing.

In the early years of Cranford’s career, she worked as a risk management consultant in the insurance industry. In 1998, she joined Alcoa, working in various environmental, health and safety roles with the primary metals, casting, forgings and extrusion and corporate business support services organization. Prior to joining Southwire, Cranford worked as the global director of environment, health and safety for Alcoa Power and Propulsion.

Cranford received her Bachelor of Science degree in occupational safety and environmental management from Slippery Rock University in 1994. Cranford is a member of the board of directors for the Chattahoochee Riverkeeper, the Tanner Hospital Foundation Board of Trustees, and Carrollton Dawnbreakers Rotary.

Cranford and her husband, Kevin, live in Carrollton, Georgia, with their 17-year-old daughter, Olivia. In her spare time, she enjoys travel, reading and watching her daughter play volleyball. 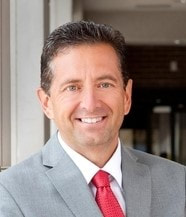 Prior to joining WVUHS, Grace spent 20 years at the University of Pittsburgh Medical Center in various positions, including president and chief executive officer of UPMC Mercy Hospital, where he carried on the hospital’s Catholic mission and tradition of caring for all as the region’s safety net hospital for those most in need. Grace is also credited for strategically moving UPMC Mercy Hospital forward as an important provider within UPMC’s urban core of hospitals, most notably through the development of the UPMC Mercy Vision and Rehabilitation Pavilion, which is scheduled to open in 2023.

At UPMC, Grace also held the positions of vice president of operations of UPMC Presbyterian Shadyside Hospital, vice president of the UPMC Heart and Vascular Institute service line, and executive administrator for both the cardiovascular institute and the department of pediatrics at UPMC Children’s Hospital. Grace began his career at Excela Health System – Frick Hospital, where he was director of ancillary and support services.

Grace completed his doctoral degree in organizational change and leadership at the University of Southern California, his Master of Business Administration at California University of Pennsylvania, and his bachelor’s degree in health services administration at Slippery Rock University. He also earned and maintains board certification in health care management (FACHE) status in the American College of Healthcare Executives. 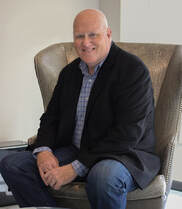 C. Elliott Haverlack ’80
Elliott Haverlack is an ordinary guy who has led an extraordinary life. At age 64, his driving force is helping others live their best lives, and, in doing so, demonstrating his appreciation to those who helped him on  his own journey.

Haverlack grew up on the banks of Slippery Rock Creek. There, he fostered his now six-decade long passion for people, nature and environmentalism. This led him to earn his degree in environmental science from Slippery Rock University in 1980.

Another passion of Haverlack’s is business. At age 15, he opened and operated a hunting and fishing tackle enterprise just outside Slippery Rock at the intersection of Route 8 and Branchton Road. He has been a businessperson since.

Haverlack spent much of the past four decades as an executive, leading a variety of consumer product goods entities. Throughout his career, Haverlack has possessed a philanthropic persona, volunteering in multiple youth and church organizations, through sports, business and mentoring. Haverlack currently serves as board chair for Young Life at Florida Gulf Coast University. He recently stepped down as vice chair of the Child Advocacy Center of Pennsylvania.

A twice published and Amazon top selling author, Haverlack continues to guide business leaders through his seats on the boards of directors for three companies in the pet nutrition sector. He is a sought-after executive coach and motivational speaker.
Haverlack is a proud father and grandfather. He resides in southwest Florida with his wife, Rhonda, where he runs his consulting business, Unbundle It, an enterprise dedicated to education and helping others optimize their life journey. 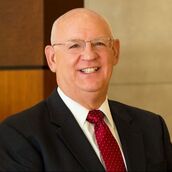 Richard Wood is an active member in his community and at Slippery Rock University. Wood served two terms on the SRU Alumni Association Board of Directors from 2013-20, often driving or flying from North Carolina to Slippery Rock for quarterly board meetings and special events. During his time on the Alumni Association board, Wood accepted the chair position of the scholarship and awards committee. He spent hours reviewing scholarship applications and coordinating the efforts of his committee to determine the most deserving individuals for scholarships. Always the innovator, Wood developed individual ranking sheets for each of the scholarships based on their criteria, which centralized the work of the reviewers. He is a great ambassador of the University, giving his time and money to benefit the SRU community.

In addition to his work on the scholarship committee, Wood frequently attended regional SRU Alumni Association events in the greater Raleigh, North Carolina, area, where he calls home. His passion for service on the board has encouraged other alumni to seek election to the board and become involved.

His outgoing nature that drives his community service and engagement to the University can be credited to his early days at SRU. After starting as a special education major, Wood found a calling after his fraternity brother asked him to audition as an extra in a theater production. After being bitten by the theater bug, Wood changed his major to speech and theater and earned a technical person of the year award. Wood earned a degree in business after determining he needed a more concrete way to earn a living.
In the business world, Wood was a retail manager for 20 years, then became a corporate trainer for a telecommunications company, where he led his own training department for 18 years. In 2004, Wood completed an online master’s program. Wood’s communication skills, education background and leaderships talents that were developed at SRU carried over to his career and personal life, as he trained others in communication and team building in the business world.
In his personal life, Wood volunteered using his theater background. He started a children’s and adult drama program at his church and hosts a summer music camp with other volunteers to produce annual musicals. Wood does all this while directing plays for adults, which allows them to try their hand at acting. All of his volunteering efforts were greatly beneficial to his three sons and his grandchildren. Wood credits his theater and business classes and his education from SRU to make all of this possible.
Wood has lived a life of service within his community and at SRU. He has been able to help bring students to SRU campus through his efforts on the scholarship and awards committee of the Alumni Association board. He currently resides in Cary, North Carolina, with his wife, Diana.